2200601 Modernization and Traditional Society in Thailand
(MOD TRAD SOC THAI) 3(3-0-9)
Selected aspects of twentieth century Thai Society and culture with a focus on understanding historical continuities and transformations of traditions. Major forces that have shaped Thai culture. The intellectual impact of major political and economic events and the adaptation of social ideas and values to new conditions

2200603 Thai Buddhism
(THAI BUD) 3(3-0-9)
Relationship between Buddhism and development of the Thai State. Mutual integration of Animism, Brahmanism, and Buddhism in Thailand. Buddhism as the ideology of the Thai state and an explanation of Thai social life. Buddhist reformations and religious movements in Thai history. Thai Buddhism in the 21st century.

2200612 Peoples and Cultures of Thailand
(PEO CUL THAI) 3(3-0-9)
A survey of peoples in Thai Society and Thailand from its beginning to the modern era. Social, cultural and political changes and factors that have impact on the existence of people from different ethnic and cultural backgrounds.

2200616 Museums and Thai History
(MUSEUM TH HIS) 3(3-0-9)
Museums and historic sites in Thailand representing Thai history. The way artifacts and monuments speak to the public.

2200618 Concepts of Disease and Medicine in Thai Society
(CON DIS MED TH SOC) 3(3-0-9)
A survey of the history of Thai medical theory and practice from primitive to modern times, encompassing both supernatural and scientific methods of healing. Concepts of disease, image of the body, and therapeutic strategies within Thai cultural settings. Differences between Western and non-Western medical practices.

2200619 Thai and Southeast Asian Peoples and Cultures
(TH SEA PEO CULT) 3(3-0-9)
A survey of peoples in Thailand and Southeast Asia from the beginning to the modern era. Social, cultural and political changes and factors that have impact on the existence of people from different ethnic and cultural backgrounds.

2200623 Thailand in the World Community
(THAI WORLD COM) 3(3-0-9)
The sense of the “world” in Thailand’s historical past. Traditional modes of contact and perception of the outside world. Colonialism and the scope of the Thai horizon. Foreign influences and national development. Thailand in globalized context.

2200627 Thai language in its Social and Cultural Context
(THAI LANG SOC CUL) 3(3-0-9)
Thai language in relation to Thai society and culture. The use of Thai language that varies according to social factors, such as social characteristics of the speaker and social situations. Certain aspects of Thai language and culture that are likely to cause misunderstandings to foreigners who learn Thai and communicate with Thai people.

2200629 Thai Art
(THAI ART) 3(3-0-9)
Forms, convention, and distinctive characteristics of Thai Art as a cultural expression of Southeast Asia. The relationship between Thai Art and Thai ways of life.

2200637 Gender in Thai Society
(GENDER THAI SOC) 3(3-0-9)
Gender in relation to Thai economics, political and social factors; Thai worldview influencing determination of gender status and role in society; transformation of economic structure from self-sufficient to capitalist, and its impact on gender, including violence against women, women trafficking, women’s participation in politics, and legal rights of women in relation to roles and rights of men; women and health care, including reproductive health rights.

2200639 Ecology and Nature in Thailand
(ECOL NAT THAI) 3(3-0-9)
Continuity and changes of views towards nature; representations of nature in the worlds of Buddhism and animism in Thailand; influences of such views on ecology discourse patterns and environment conservation movements in the region.

2200703 Independent Studies
(INDE STUD) 3(3-0-9)
Thorough research on a specific topic of interest to the student.

CU NEX Application | Have you got it? 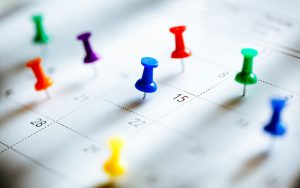